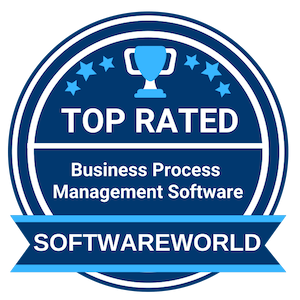 Automate your business workflows in the cloud to boost productivity, efficiency, and operational experiences.

Bautomate is a low-code drag-and-drop modeller that allows both technical and non-technical users to create workflows using in-house prebuilt components with no third-party dependencies. This directly translates to cost savings for the customer because they no longer have to pay for the integration of these applications or invest in costly resources to manage the system.

Here’s how to put them to use to increase productivity and efficiency, reduce operational risks, improve customer experiences and cognitive insights.

Companies have used lean management to simultaneously improve cost efficiencies, customer satisfaction, and employee engagement, and many programmes have had a significant impact on all dimensions. Digital progress, on the other hand, has been more uneven.

IBPA mimics human activities and, over time, learns to do them even better. Traditional rule-based automation levers are being enhanced with Bautomate’s decision-making capabilities as a result of advances in deep learning and cognitive technology. The promise of IBPA is significantly increased efficiency, higher worker performance, lower operational risks, and improved response times and customer journey experiences.

This is a software automation tool that automates routine tasks like data extraction and cleaning by utilising existing user interfaces. The robot, like a person, has a user ID and can perform rule-based tasks like accessing email and systems, performing calculations, creating documents and reports, and checking files. RPA assisted one of large retail chain to download account statement from more than 30 merchant portals and reconcile the statement on a monthly basis, freeing up 81% of finance teams effort to perform core financial activities.

algorithms that use “supervised” and “unsupervised” learning to discover trends in structured data, such as daily performance statistics. Before making predictions based on fresh inputs on their own, supervised algorithms learn from structured data sets of inputs and outcomes. Unsupervised algorithms look at structured data and start to provide insights into patterns that are recognized. For insurers, for example, machine learning and advanced analytics might be a game changer in the quest to improve compliance, decrease costs, and gain a competitive advantage from fresh insights.

allows computers to understand natural language in the same way that humans do. Natural language processing, whether spoken or written, employs artificial intelligence to take real-world input, process it, and make sense of it in a way that a computer can understand. Computers, like humans, have different sensors, such as ears to hear and eyes to see, and microphones to collect audio. And, just as humans have a brain to process that input, computers have a programme to do the same. At some point during the processing, the input is converted to computer-readable code. It has a variety of real-world applications in a number of fields, including medical research, search engines and business intelligence.

Some of the core functions

BPA is a step ahead of RPA in that it can assist firms with workflow modelling, optimization, and orchestration. BPA is meant to automate many components of a process from start to finish.

– Operational metrics
– Analytics & Reports
– Monitor every element in the workflow